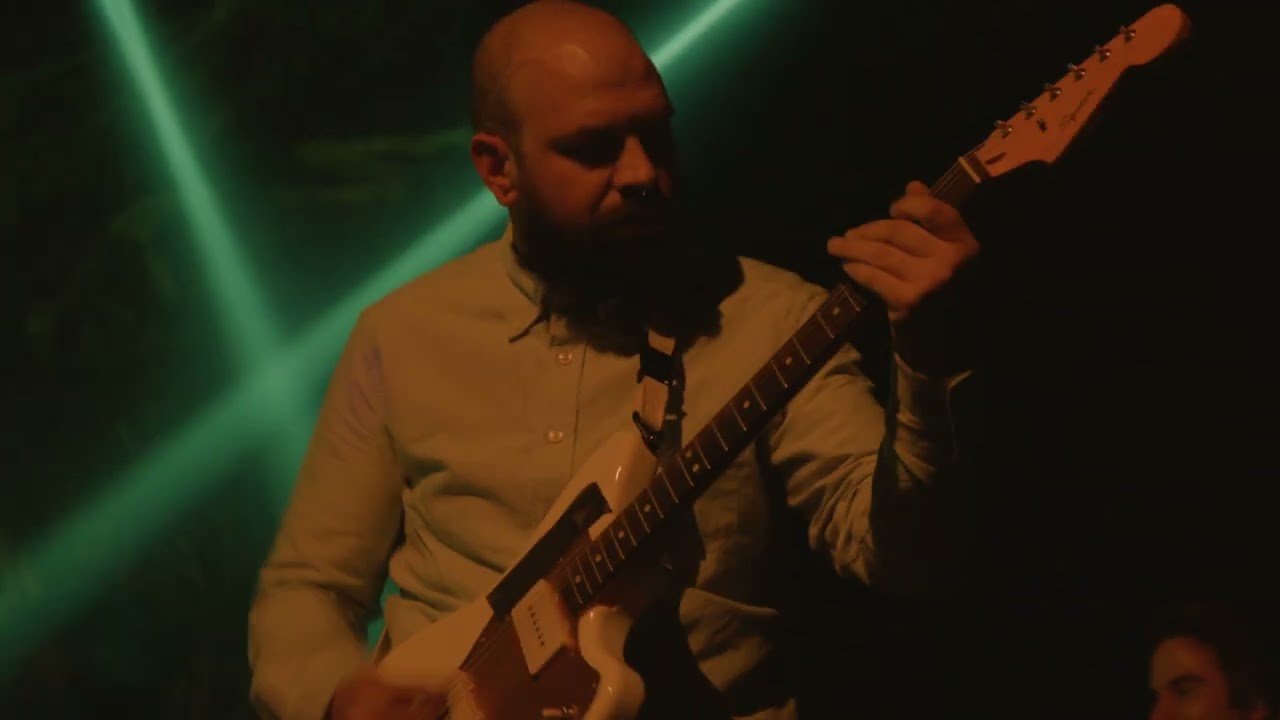 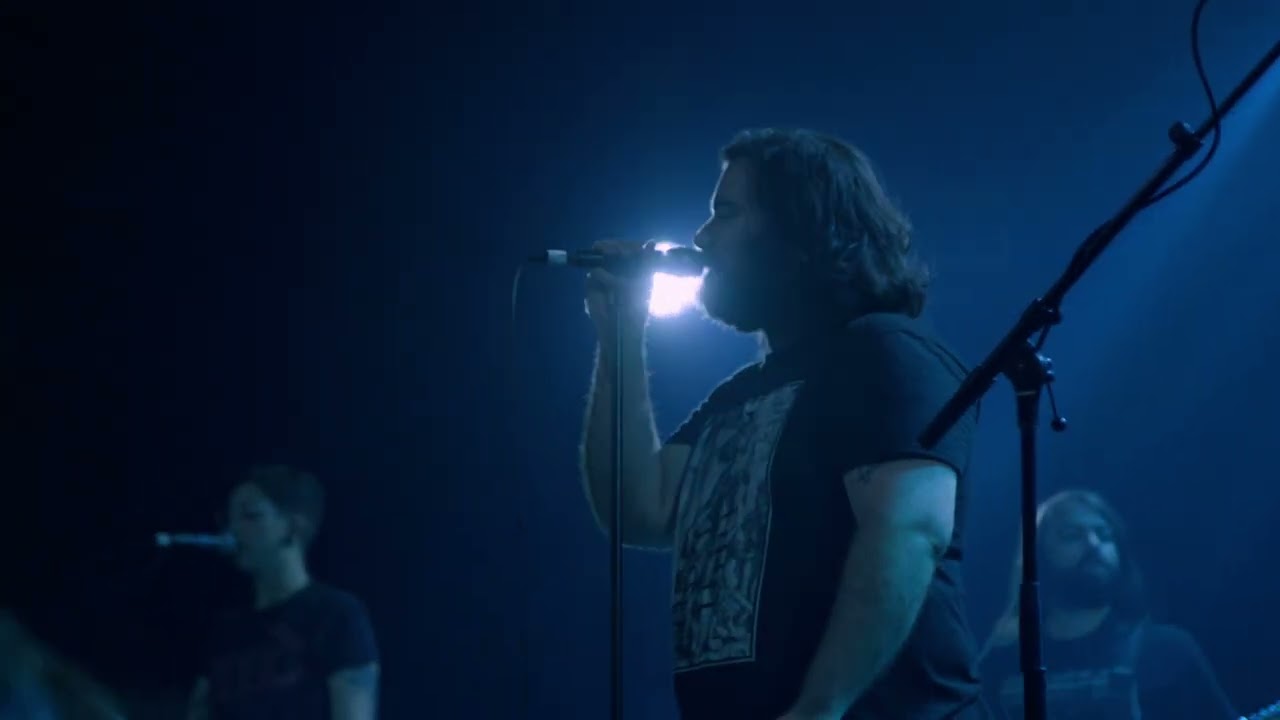 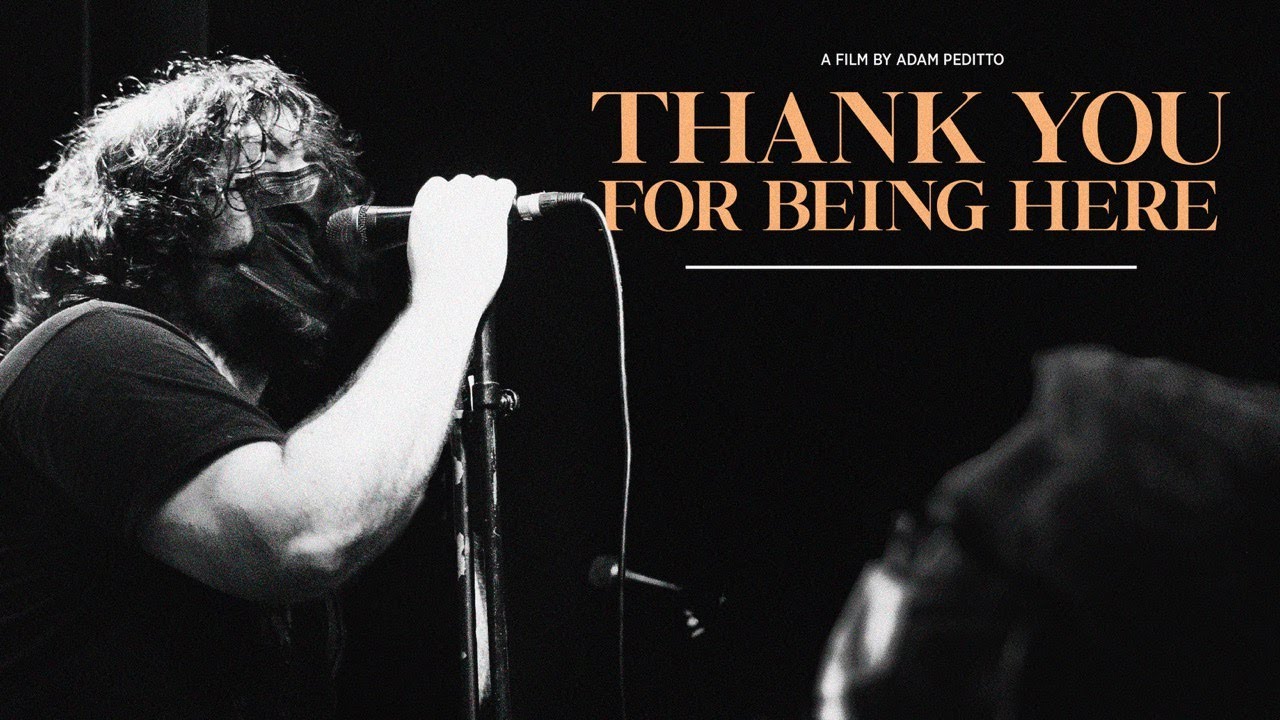 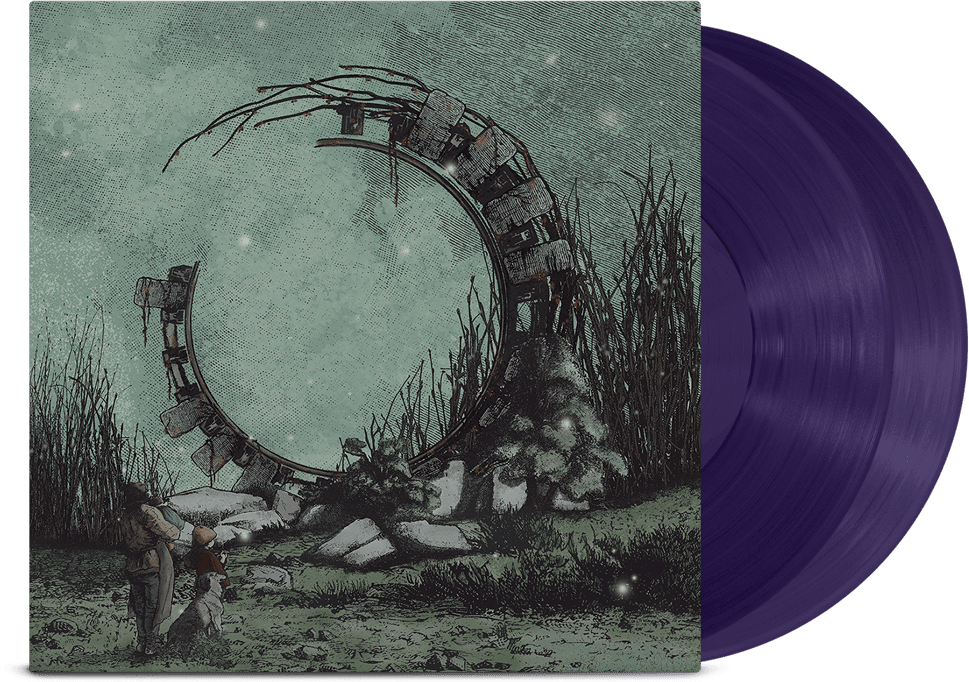 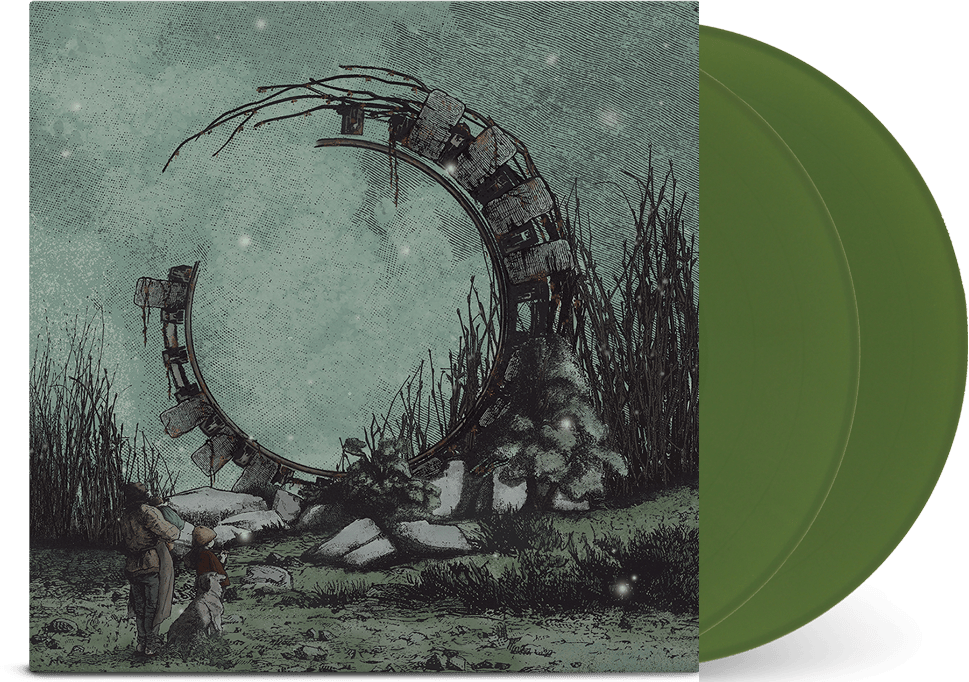 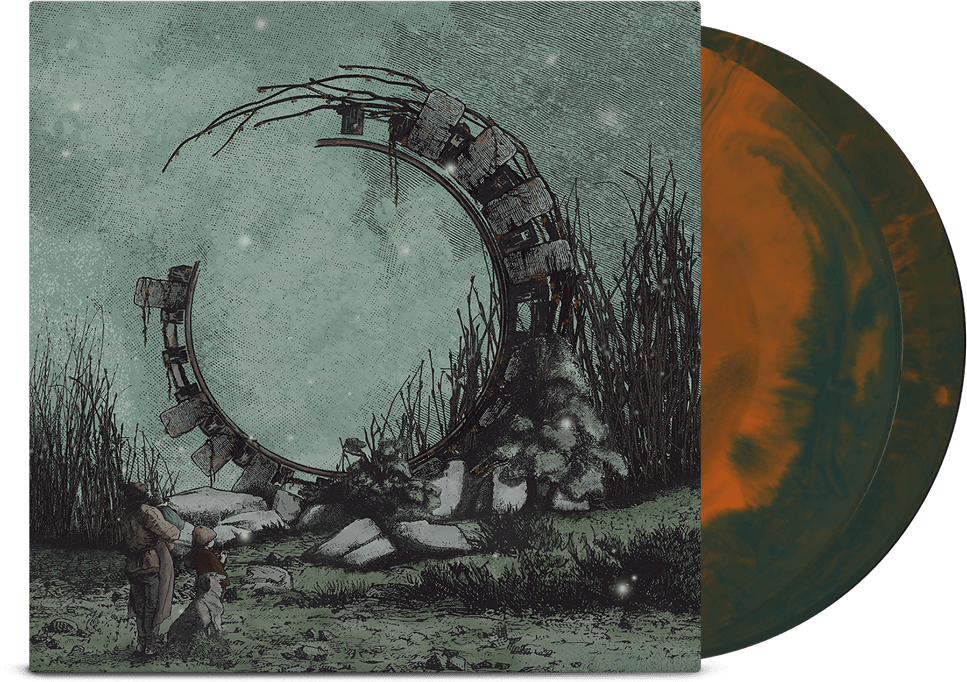 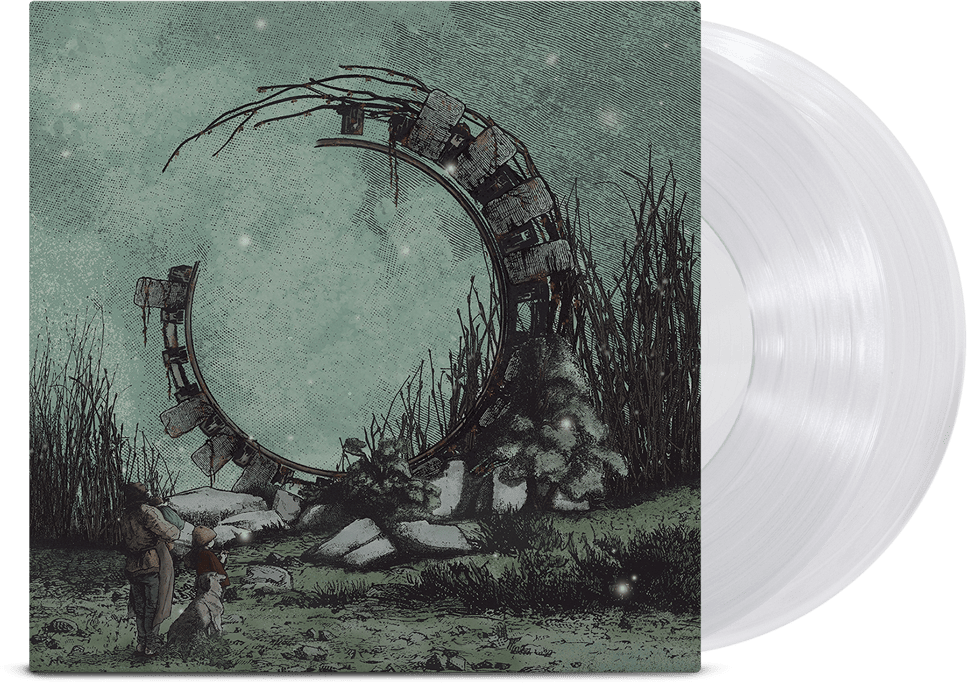 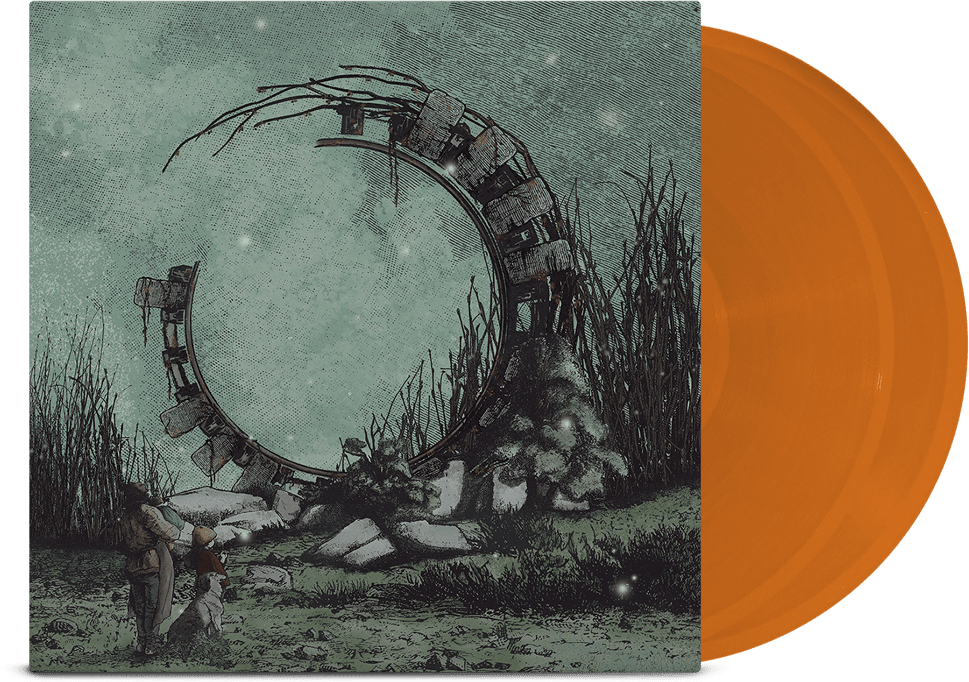 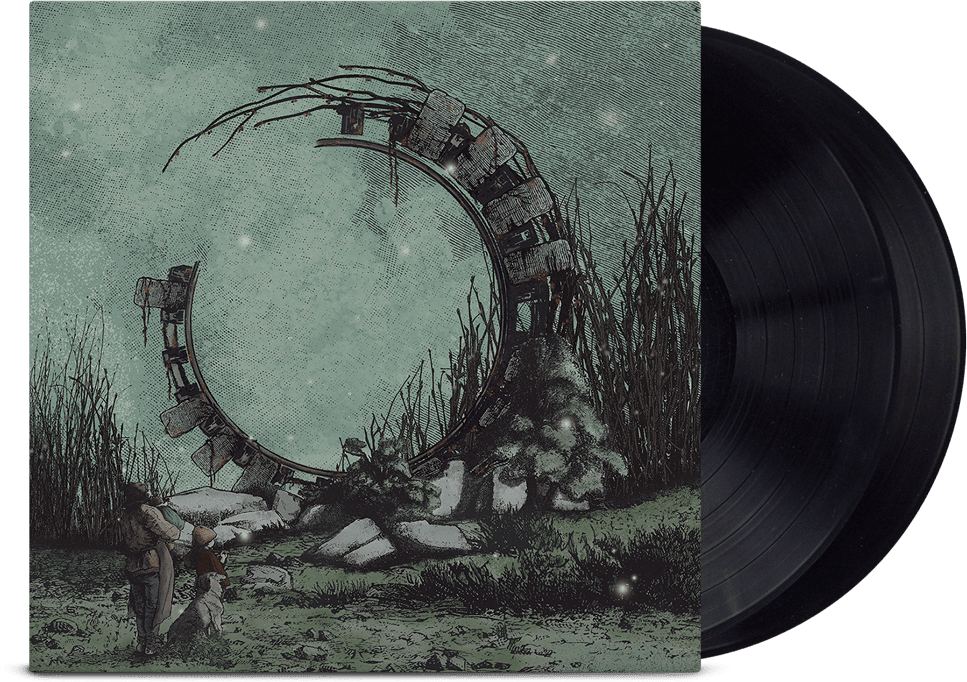 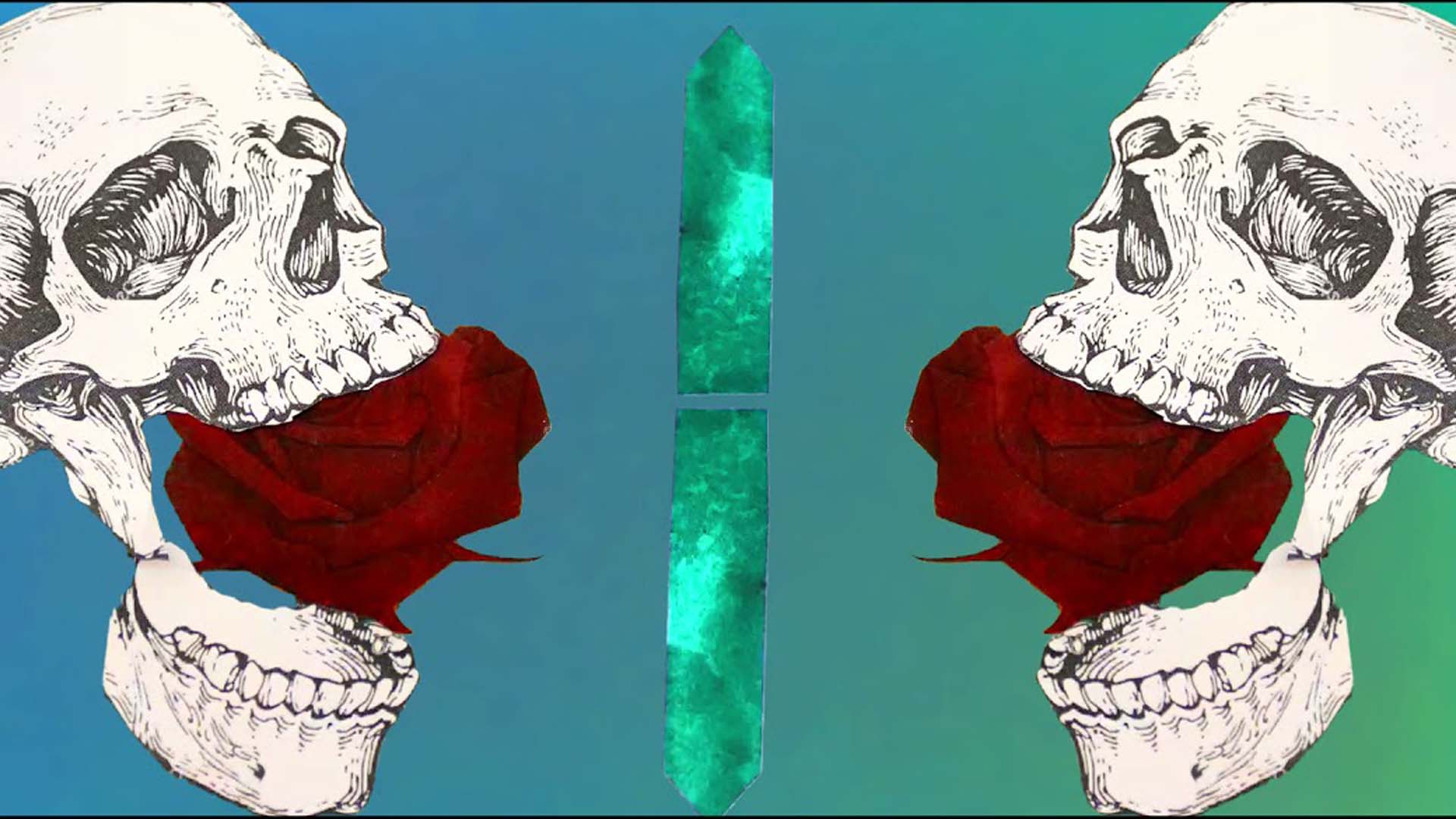 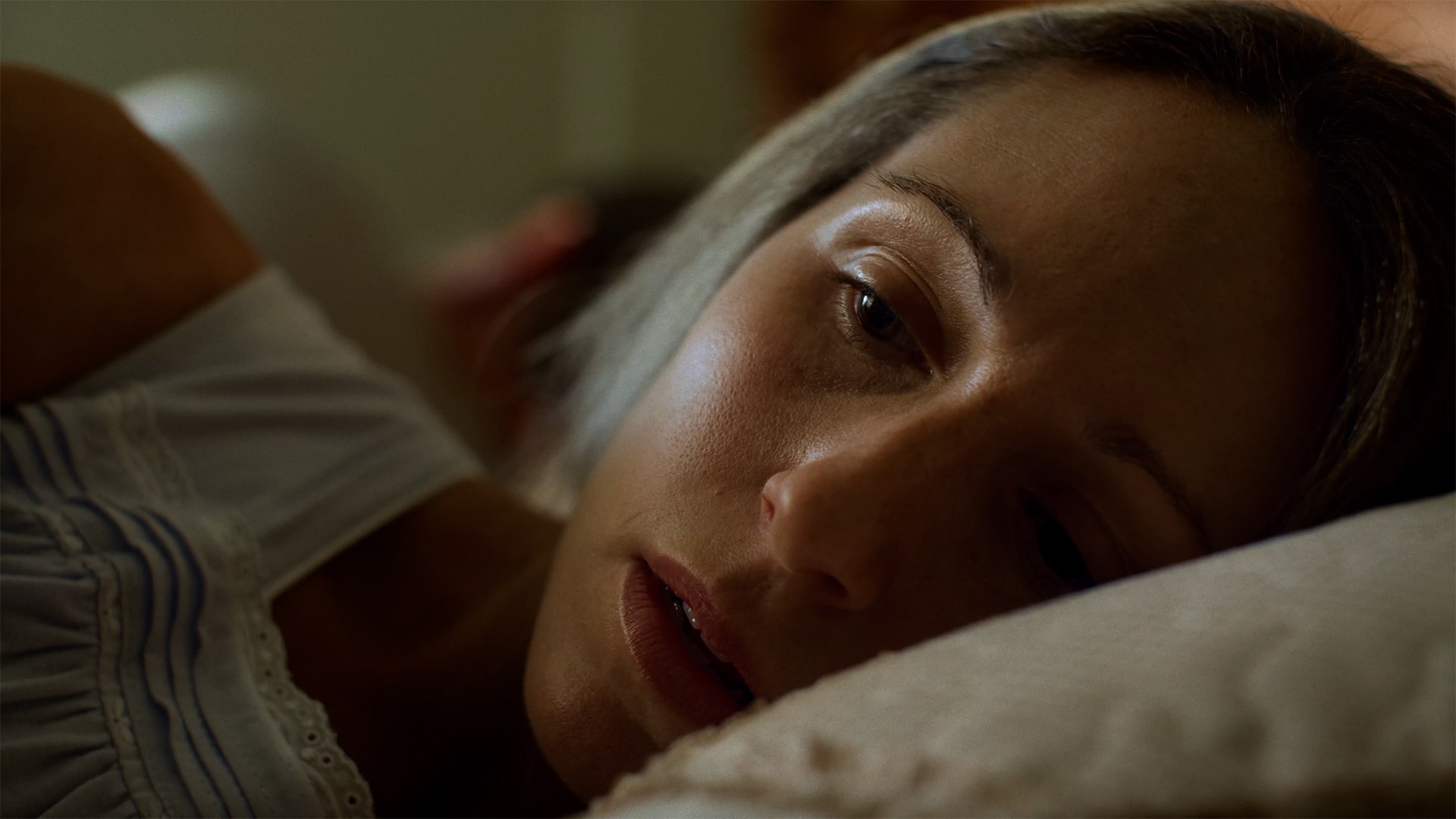 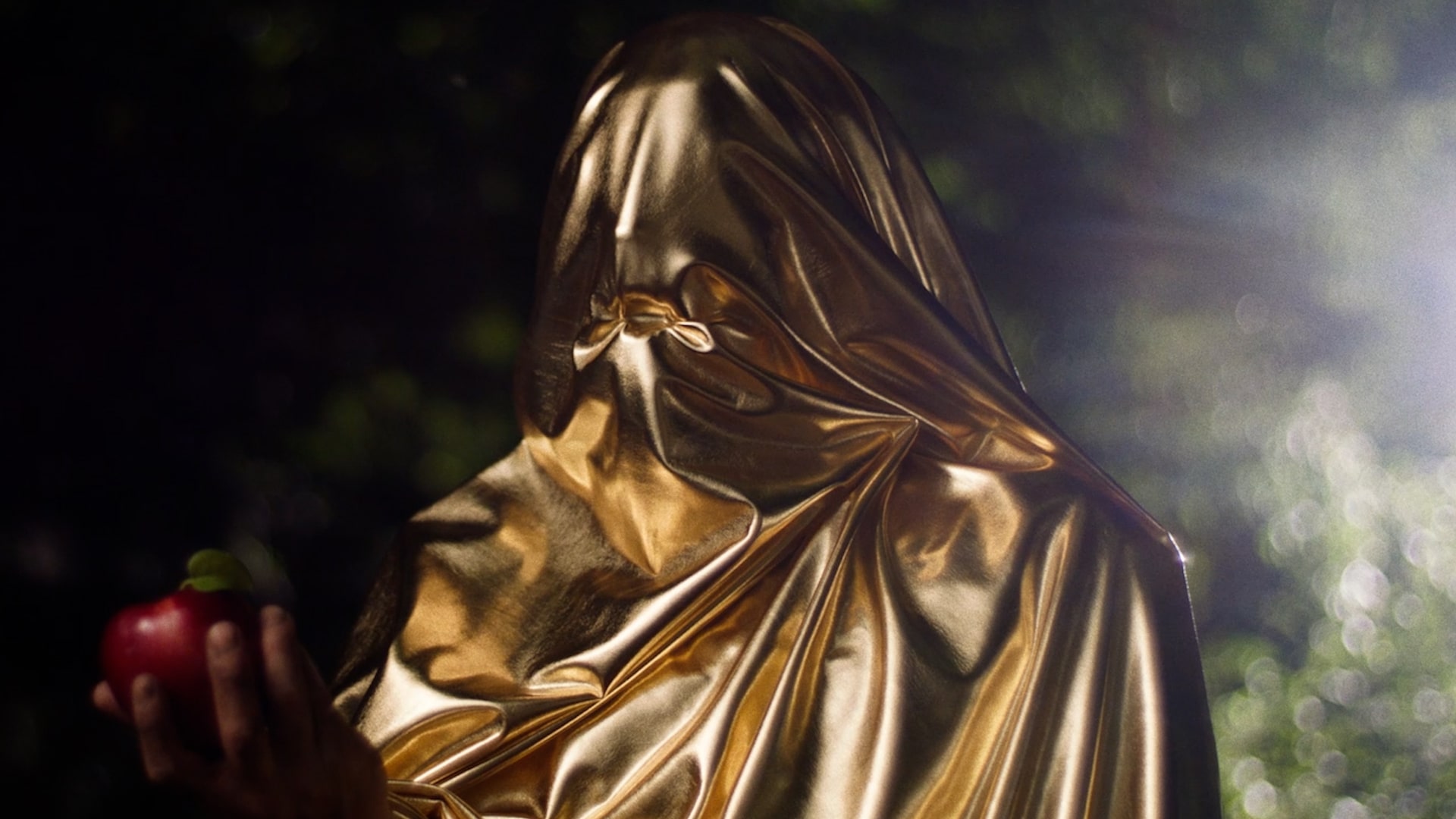 Invading the World of the Guilty as a Spirit of Vengeance

Sometimes, the best place to begin is at the end. If you really want to dig deep into Illusory Walls, the fourth album by The World Is A Beautiful Place & I Am NoLonger Afraid To Die, it definitely helps to do that. That’s because epic closer “Fewer Afraid”—all 19 minutes, 44 seconds of it—doesn’t just revisit the themes and ideas on the ten songs that precede it, but also offers a self-aware summary of the Connecticut band’s entire history. It’s the conclusion of all the stories within the record as well as a nod to all the lives that helped make them—little glimpses of everything that’s come before, on both a micro, immediate level, and a more universal one.
‍
“That song is a higher level look at my whole life and the whole world,”explains vocalist/guitarist David F. Bello, “as well as the album, our band, and our discography. It places the band in the context of the rest of the world as if we’re listening to everything that came before. It touches on all the themes of the previous songs, but there are also callbacks to songs from earlier in our career. But in this song, they’re the object, not the subject—I’m talking about a world in which these things happen, not talking about these things happening.”
‍
“The idea of that song seemed easy enough,” adds guitarist Chris Teti, “because we thought we’d just have to play the same thing over and over again for a kind of Explosions In The Sky-type effect. But it was incredibly difficult to make a vocal work over it, and it took a long time. We did the entirety of our previous LP in about three weeks, and we spent at least a couple weeks just on that one song. It was a crazy endeavor.”
‍
Due to the coronavirus pandemic, the band—completed by Steven K. Buttery (drums and percussion), Joshua Cyr (bass/vocals), and Katie Dvorak (vocals/synth)—had nothing but time to realize the full extent of their musical and thematic aspirations.And so, four years on from lauded third album Always Foreign, they were able to make what is undoubtedly the band’s most ambitious and epic record to date. Written and recorded remotely—a first for the band—Illusory Walls takes on the weight of human existence while it’s buckling under the pressure of today’s near-dystopian society. Personal anxieties and political struggles collide with a series of portentous, apocalyptic, and dramatic tunes, resulting in some of the darkest music the band has made since forming in 2009.
‍
“The world kind of felt like an apocalypse at the time,” remembers Teti, who produced the band’s first three records, and co-produced this one with his studio partner Greg Thomas (END, Misery Signals). “I also wanted to make everything feel bigger and more fucked up. We didn’t go as extreme as we could have on the previous record musically, so this time I was like, ‘Well, if this part’s going to be heavy, it’s got to be fucking heavy.’ I felt previously we were in this weird middle ground where we didn’t seize it. This time we did.”

That’s an understatement. Whereas normally the band would convene for two to three weeks at Teti’s Silver Bullet Studios, the process for Illusory Walls took about a year. On the one hand, that made for a more relaxed, comfortable experience in the studio, allowing them to realize the full sonic potential of these songs by adding strings—overseen by Thomas—to the equation. But it also let them deal better with obstacles that came their way. One such hurdle was Dvorak sustaining an injury that meant she was unable to sing or talk for a couple of months towards the end of 2020. Had they been on a normal recording schedule, she wouldn’t have been able to get her vocals done. Instead, she was able to channel what happened into her songs. “Queen Sophie For President”, for example, is ostensibly about the tenacity of oppression, whether on a personal or political level, but is heavily influenced by her injury.

Elsewhere, the ominous “Died In The Prison Of The Holy Office” is a scathing indictment of the Catholic Church, “Blank // Drone” and “Blank // Worker” are takedowns of how capitalism and government corruption both kill people for profit—something revisited in “Fewer Afraid” and its references to the Sago Mine disaster—while the mournful, delicate “Infinite Josh” sees Bello ruminate on his uncle’s dementia.A callback (and sequel of sorts) to Always Foreign’s closer “InfiniteSteve”, it also finds Bello reckoning with the idea that he may also get it. “I have this fear that it’s going to happen to me,” he says. “It probably is happening to me a little bit. It almost feels like it, because during quarantine I was forgetting what day it is, forgetting how to talk to strangers, forgetting so many different pieces of life that felt fundamental to existence. I definitely looked at this as what “Infinite Steve” would be with the pauses, confusion and sadness at loss of memory, and loss in general.”

Writing about it was, he says, a heavy burden to bear, but as with the rest of this record—despite its fateful, doom-laden atmosphere—there’s nevertheless a glimmer of hope present. “I try to find optimism in most things,” he continues, “even government ineptitude or mining disasters. I followed up the Sago references with an image of trailer park labs that aren’t doing what you think they’re doing—they’re making insulin because they can’t afford it. I’m just trying to find an overall optimistic look at a dystopian situation, and with “Infinite Josh” I focused on the good things that are happening so that when I do start to forget things it’ll be the good things that I remember. That way it’s not so heartbreaking for me to think about.”

It’s just one startlingly moving facet of a deeply complex, richly developed, and all-encompassing record, one that’s full of (hyper-)specific references that are also wholly relatable. For while Illusory Walls certainly draws you deep into the world of the band, it also takes you deeper into your own, into crevices of your mind and life that you perhaps hadn’t encountered or weren’t able to explore before. To some extent, that’s the crux of this album, and also its title. Taken from the unlikely source of the Dark Souls video game, IllusoryWalls, explains Bello, “refers to a hidden surface that seems to prevent entry, but upon inspection is nothing more than a visual illusion.”
That extends to many of the themes on the record, but also to the making of the album itself. Because while TWIABP have assumed what Teti calls “the line-up that’s going to go to the end of our lives”, it certainly took breaking through a few of those illusory walls to get there.
‍
“This album feels like a rebirth,” he says. “I didn’t want to just flatline the band. With the previous record, I feel we were kind of just coasting along, so my view for this was that shit had to change. Otherwise, what’s the point? We needed to get something out of it artistically to be happy with it. So I kind of viewed this record as a make or break. If I wasn’t confident in it at the end and it didn’t shake up something with the band musically, there was no point. At first, I thought that was going to be really hard, but really, that was just this invisible hurdle. I realized we could do whatever the fuck we wanted. So we did.” 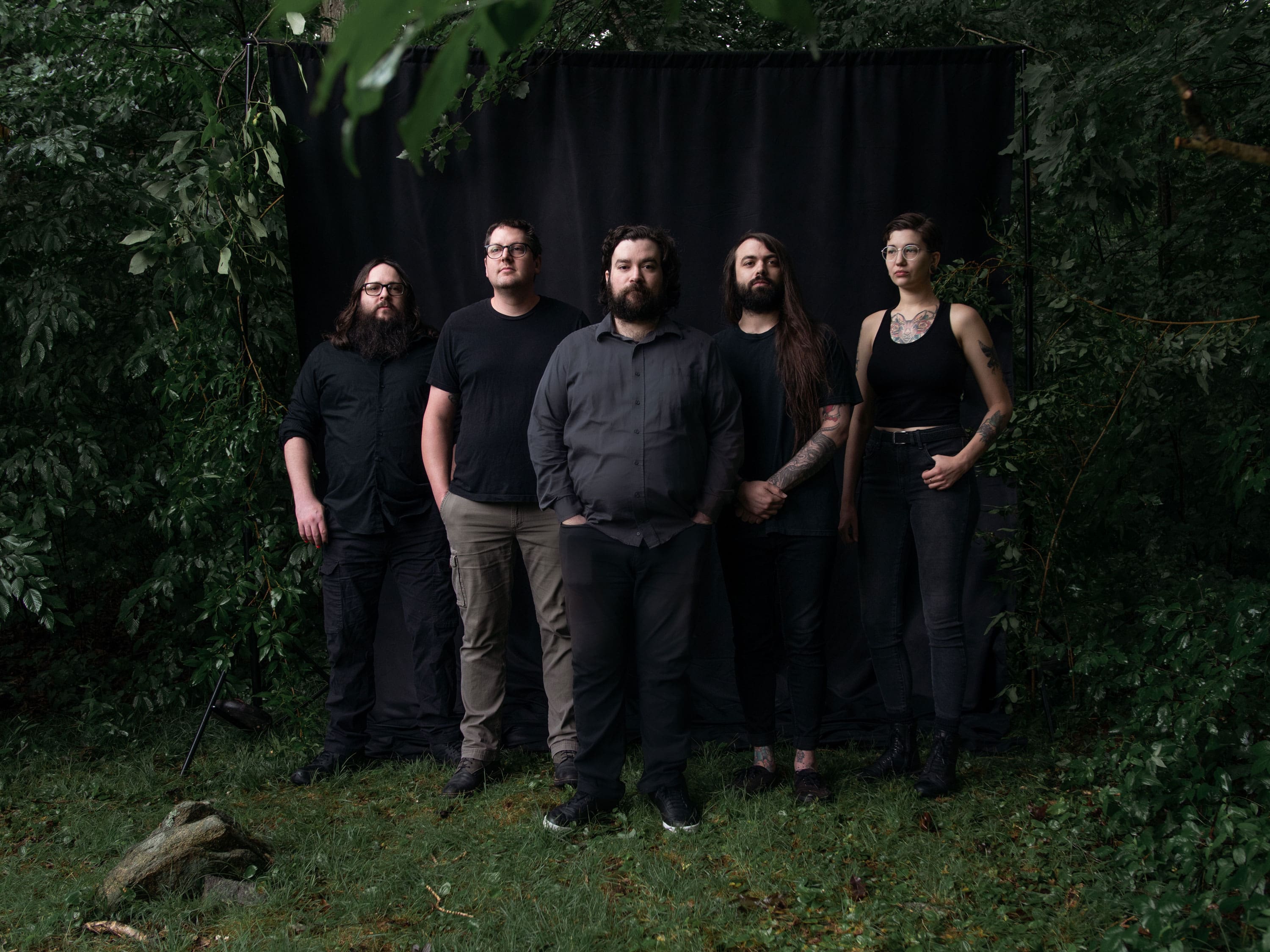 Copyright ©2021 The World is a Beautiful Place & I am No Longer Afraid to Die. All rights reserved.